……“The brave and patriotic members of the Order of the Eagle and Cross, in the true American spirit of volunteerism, and in their devotion to the ideals our forefathers brought to this nation, remind us of how the United States of America became great and how it will remain great even as we are sorely tried. It is their faith, their sacrifice, and their vigilance that will help unite us even as America’s enemies seek to tear us apart. They do not ask for money. They do not demand power. But neither do they surrender to the defeatism and despair that irresponsible elements put forward in the name of solution to this great crisis. In the spirit of individualism and self-reliance that made this country the beacon of hope that it is yet today, they create order where the respect for order has broken down, security where security is under attack, and comfort for those who keep the faith of our fathers.

……“We are on the frontier of a new world. America has been at the frontier before, and we have conquered it. The intrepid pioneers who tamed the West did not wait for the government to assure them of safety and security. They fashioned a rough but true justice, based on Christian principles. We have the evidence of our own rise to greatness, created on the blank slate of a new continent, to substantiate the necessity of taking justice into our own hands when the government is unwilling or unable to provide it, and to prove that God looks down upon those noble efforts with favor. The right of the people to defend themselves is God-given and inalienable.”

— President Roland Strauch
at the fifth anniversary of the chartering of the OEC
as an adjunct military organization under his command
June 12, 2028 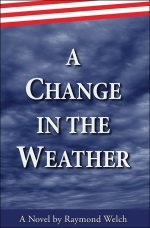