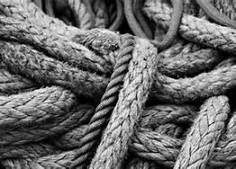 Can anything undo the massive Gordian Knot of climate disruption?

Yes. An escalating, revenue-neutral carbon tax, assessed at the source of production (a coal mine, oil well, or gas well) or the port of entry.

A Carbon Tax Cuts the Complexity
A carbon tax cuts through politics and policy inertia. It’s transformational, not incremental. It won’t simply address a component or two of climate change, as other carbon-reduction programs have done to date. It’ll change the entire context of the situation.

A carbon tax is simple. It harnesses the power of economics to reduce the stuff we don’t want (carbon emissions), and increase the stuff we do want (conservation and a shift to sustainability).

A carbon tax is both a carrot and a stick. It inspires people to capture available tax savings, and motivates them to avoid tax expenses. An annual escalation of the tax will amplify this inspiration.

A carbon tax is non-ideological. It leaves investment decisions to individuals and corporations. It inspires innovation, and that’ll create jobs. It reduces the need for complex regulation. It decreases government involvement in micro-level decisions and in picking technological winners.

A carbon tax is efficient. It takes the burden off volunteerism, which can never overcome the massive and varied interests of the entire fossil fuel economy. It ties together the country’s current collection of uncoordinated and small-scale programs with a fundamental market force.

A carbon tax clarifies our personal feelings of ambivalence and conflict about phasing out fossil fuels. It puts us each in the same boat with the same motivations. It creates personal focus.

A carbon tax rationalizes the transformation of fossil fuel companies. The tax would escalate over a number of years, allowing them to recover their investments in assets such as refineries and pipelines, possibly helped along by an accelerated depreciation schedule.  It allows for a phased write-down of coal, oil, and gas reserves, so stock market values–and the investments supported by them–wouldn’t instantly crater. All investors would have time to plan. It would be an unequivocal signal not to invest in and build more fossil fuel infrastructure.

A carbon tax levels the corporate playing field. Without it, no fossil fuel company can risk stepping out first to reduce its carbon-based business model. That would violate their fiduciary responsibility to their shareholders.  A carbon tax allows them to say, I can’t help it, it’s the law. In fact, it flips their fiduciary responsibility on its head: they are obliged to phase out rather than increase their fossil portfolio.

How Is a Carbon Tax  Revenue-Neutral?
One way to make the carbon tax revenue-neutral is to reduce personal and corporate income tax rates. But modifying the tax code opens a can of special-interest and public policy worms.

Another way is to return the revenue to the American public with a per-capita dividend. That’s the proposal of the Citizens Climate Lobby. The idea is to give every adult in every household an equal share of the revenue, and a half-share to each child under the age of 18, up to two children per household. The Alaska Permanent Fund, which rebates state-collected oil royalties to it citizens, works along these lines.

A personal dividend would avoid interest-based arguments about income tax policy. (If you’re old enough to remember the Tax Simplification Act of 1986, you may still relish the irony of its title.) The tax code could remain unchanged.

While a carbon tax would drive up the price of carbon-intensive goods and services, consumers could more than offset that increase by buying less carbon-intensive alternatives.  For the truly frugal and ingenious, the dividend could be a money-making proposition. This seems fair. The ones polluting more pay more; those who pollute less pay less.

Another reason for paying a dividend: it physically puts money in people’s hands. A tax credit is more abstract, and opens the door to discussing the tax code. A dividend is clean, simple, and walled off from tax-code arguments. And there’s nothing quite like money in hand to focus the mind.

Won’t a Carbon Tax Hurt the Country’s Economic Competitiveness?
For imported goods, the carbon tax would be levied at the port of entry, based on the carbon content of the goods imported. The carbon fees collected from these imports would be rebated to US companies that export to those same countries. That would level the playing field in those countries.

I’ve recently become active in the Citizens Climate Lobby. Check it out here. A revenue-neutral, annually escalating carbon tax is a powerful force we can leverage against business as usual. And the sooner we pass it, the better our future will be. Contact your congressperson and senator and let them know how you feel about it.